As fellow Bronco enthusiasts, we can't wait for the Bronco to land at our store. If you have any questions about the new 2021 Ford Bronco, how to make a reservation, how the build and price works or just the latest on the Ford Bronco, we're here to help.

Look forward to hearing from you!

FORD HAS BROUGHT BACK THE ICONIC BRAND.

When the original Bronco was built in 1966, not only did it create a new category of Sport Utility Vehicles, it helped open up the outdoors for generations of Canadians.  Donald Frey and Lee Iacocca, the same great minds who designed the Ford Mustang, designed the Bronco as an off-road vehicle that could compete with the Jeep CJ.

The original Bronco was very small, much like the CJ, and came in three different body styles:
1. station wagon
2. half-cab
3. roadster

One of these became immediately more popular than the others. The roadster’s fun look couldn’t make up for its impracticality and was taken out of the market in 1968.  The half-cab was an innovative design, but it wasn’t well received and the half-cab was taken out in 1972. After that, the only body style was the wagon that’s become the iconic style we all know as the Bronco.

The first Bronco didn’t come with many comfort features. It had a spartan inside that spoke to the rugged personality Ford wanted the Bronco to embody.  You could purchase a variety of accessories for early Broncos, including:
1. snowplow
2. winch
3. posthole digger.

It was the do-it-all go-anywhere vehicle 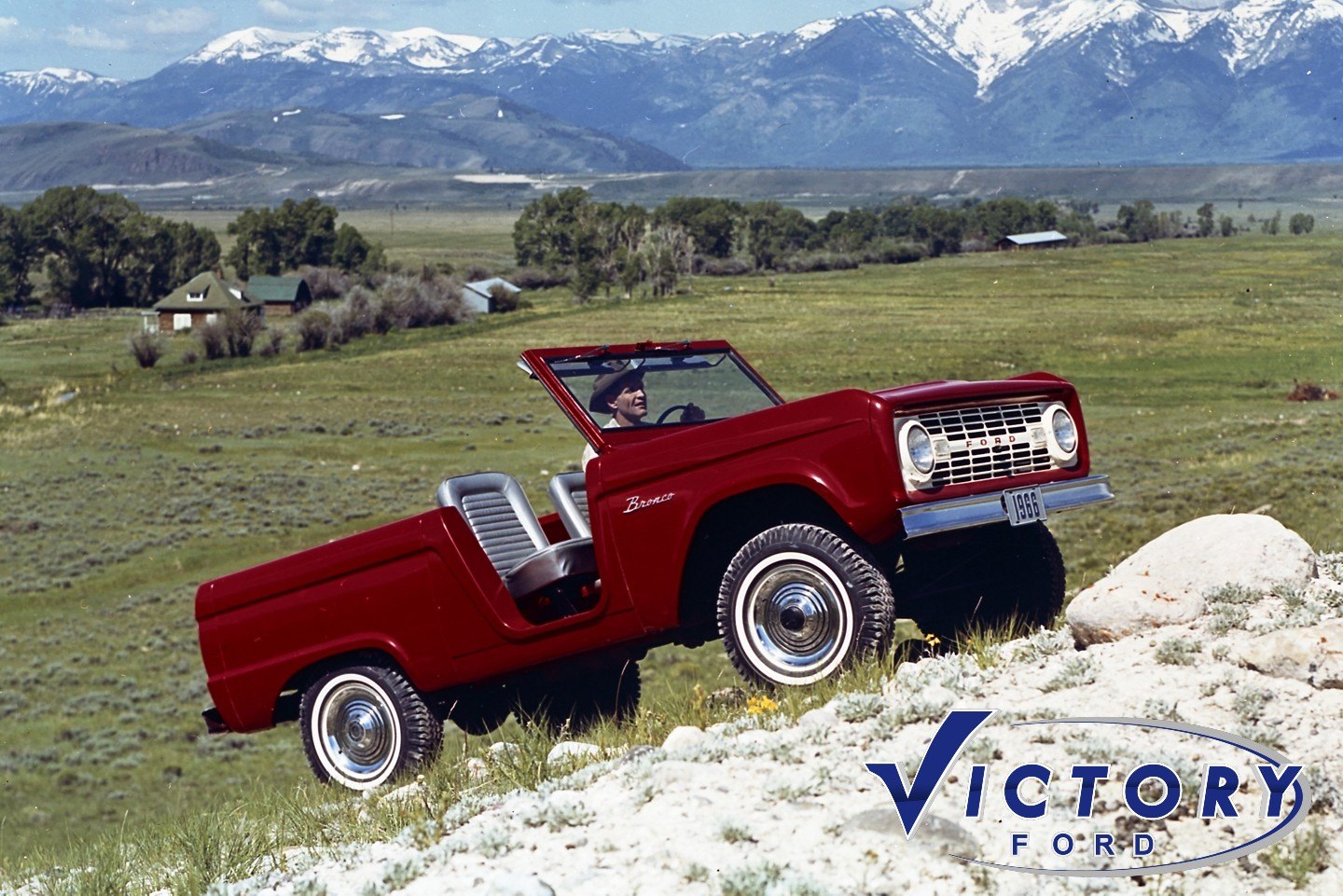 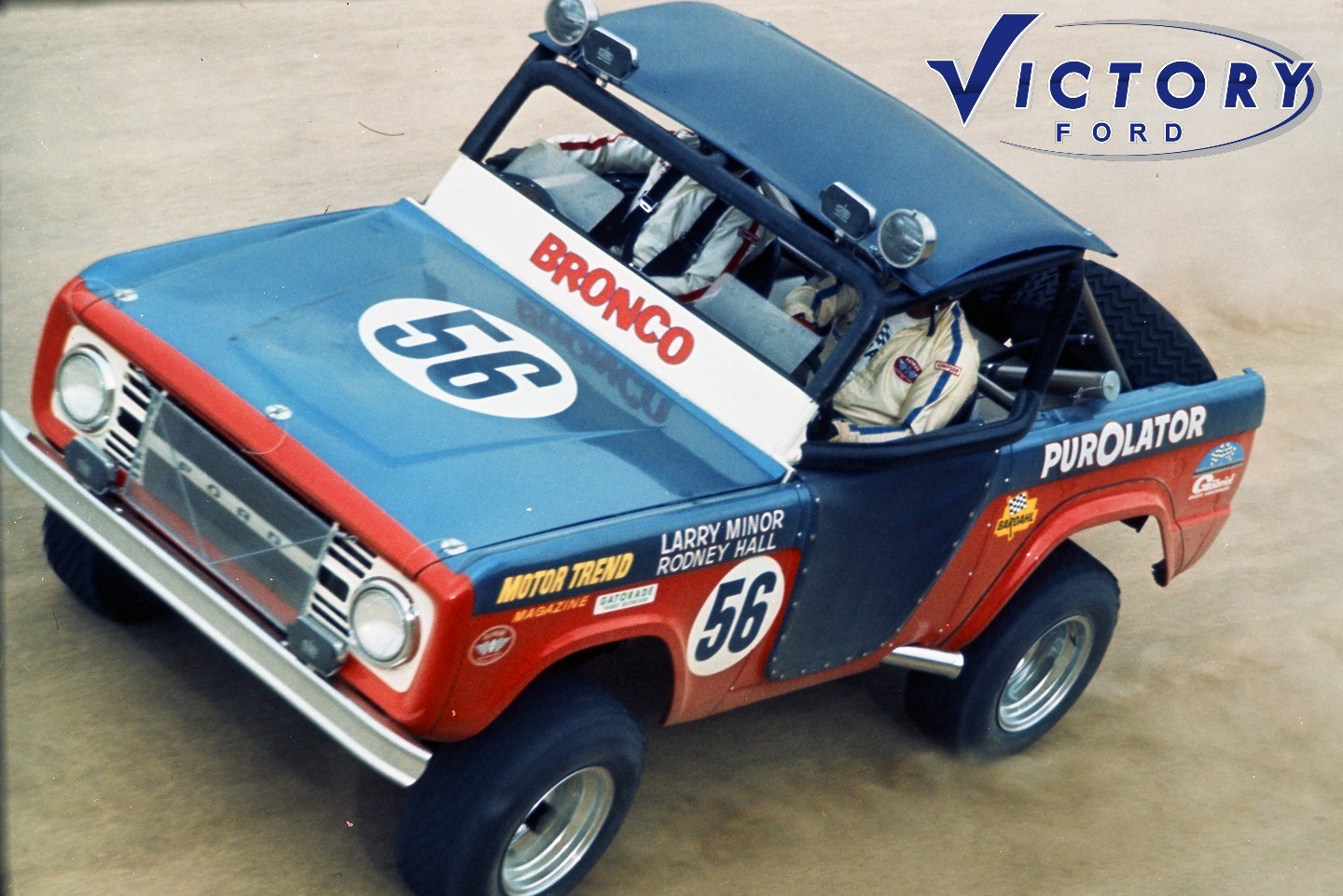